Mom's Best Friend - In the News

Mom’s Best Friend is an active and reputable organization. We are regularly featured online, in print, and in the news. Dallas / Fort Worth families and nannies are looking for a nanny agency that has proved themselves among other agencies and baby sitter services, and Mom’s Best Friend has demonstrated our excellence and industry expertise. Below are some clip of our articles, awards, and announcements: 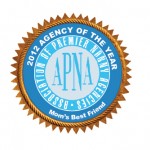 Mom’s Best Friend named national Agency of the Year
What a privilege it was to be named Agency of the Year by the national Association of Premier Nanny Agencies – a Household Staffing Alliance (APNA)! We are so excited about how we’ve combined our sales with a charity partnership. Watch the agency of the year video, entitled “Caring for Children Near and Far”.
October, 2012

Mom’s Best Friend named Austin Favorite Sitting Service by Austin Family Magazine’s 2012 Reader’s Poll
We are so excited to win this distinction again, as we continually strive to provide reliable, professional and friendly service to each of our families and nannies.
Austin Family Magazine, July, 2012 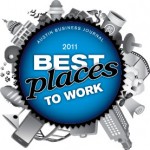 Mom’s Best Friend Quoted in eHow Article: “What’s in a Nanny?”
Jessica Sjolseth was interviewed for this “how to” article about hiring a nanny.
May, 2011

Mom’s Best Friend Senior Care Featured on KTVT
Jim Winblood and Claire Maestri were interviewed about what to look for in a Senior Caregiver.
October 27, 2009

Real Life Nannies Share Their Thoughts
Mom’s Best Friend was mentioned in Dallas Child in the Nanny Confidential section. Following is an excerpt, “Finding and maintaining a successful nanny-employer relationship boils down to honest communication, according to Kim Winblood, COO of Mom’s Best Friend (MBF) Agency in Dallas. ‘That’s our first question (when clients come to us for advice with caregiver problems): ‘Have you talked to her about it?’ she queries. But that’s easier said than done if you’re afraid your nanny will become offended and quit or possibly take out her disgruntlement on your child.”
Dallas Child, November 11, 2008.

Local Businesswoman Buys Sitter/Nanny Agency
The Vail Daily published an article about the opening of the Vail/Beaver Creek Mom’s Best Friend franchise. Following is an excerpt, “I’m thrilled to be able to bring this service to my community as well as to traveling families who visit the Vail and Beaver Creek area,” said Smirl. “Mom’s Best Friend has a wonderful reputation, and I’m excited to represent an organization with such high standards.”
Vail Daily, November 6, 2008

Exhausted Parents Turn to Night Nannies to Catch Some Zzz’s
Mom’s Best Friend was featured in the family section of Star-Telegram.com for their night nanny service. A San Antonio mother of twin toddlers tells a familiar tale of the lack of sleep that can come along with newborn and multiple babies. “Working-professional parents and those with multiples are probably the biggest users, but there’s been a real growth among those with just one baby,” says Leanna Hart with Mom’s Best Friend, a full-service household staffing agency in Fort Worth, Dallas, San Antonio, Austin and Houston.
San Antonio Express-News, August 2008

Mom’s Best Friend Adopts Background Checks with Ongoing Monitoring
The Austin Business Journal recently published a story called “CSIdentity on the Prowl” regarding CSIdentity, a local company that monitors background check company. “Austin-based nanny agency Mom’s Best Friend is one of the first to try the new service that checks employees’ criminal histories once a month. ‘We’ve just always felt very strongly about making sure we have the most comprehensive checks,’ says Kathy Dupuy, founder and president. ‘Sending caregivers into homes is so personal.'”
Austin Business Journal, June 27, 2008

Child-care workers hold future in their hands
Mom’s Best Friend was featured in the Houston Chronicle on the front page of the Jobs section. Following is an excerpt, “Since nannies work in the employer’s home instead of in a child-care facility they must have the ability to motivate themselves and a knack for creativity. Agencies such as Mom’s Best Friend provide ongoing support to nurture those skill sets. ‘We have quarterly follow-up calls, a bimonthly newsletter with craft ideas, recipes and expert tips, an annual nanny recognition event, and ongoing-education opportunities with guest speakers,’ Dupuy said.”
Houston Chronicle, May 25, 2008

How are Austinites Connecting with each other for child care?
The Austin Business solicited several local families regarding their childcare preferences, and several noted Mom’s Best Friend as their nanny / sitter agency choice!
Austin Business Journal, January 25, 2008

Mom’s Best Friend Voted Best Babysitting Service
DallasChild and FortWorthChild have both announced Mom’s Best Friend as the Best Babysitting Service in their Annual Best for Families Reader’s Poll.
“Mom’s Best Friend will find you anything from a personal chef, to an executive housekeeper and everything in between. But looking after your little ones is what you voted them the crème de la crème for. Now what can be better than having someone find the right sitter (or maybe personal assistant) for you? Now, that really is a mom’s best friend.”
January, 2008

Austin’s Supernanny Finalists are Truly Mom’s Best Friend
Mom’s Best Friend was featured in the December issue of Austin Woman. Following is an excerpt, “With only 10% of applicants making it through the hiring process, this agency can ensure that kids and parents are receiving the best care out there.”
Austin Woman, December, 2007

How to Hire a Babysitter
Mom’s Best Friend provided tips for readers to hire a babysitter.
Metroplex Baby, November, 2007